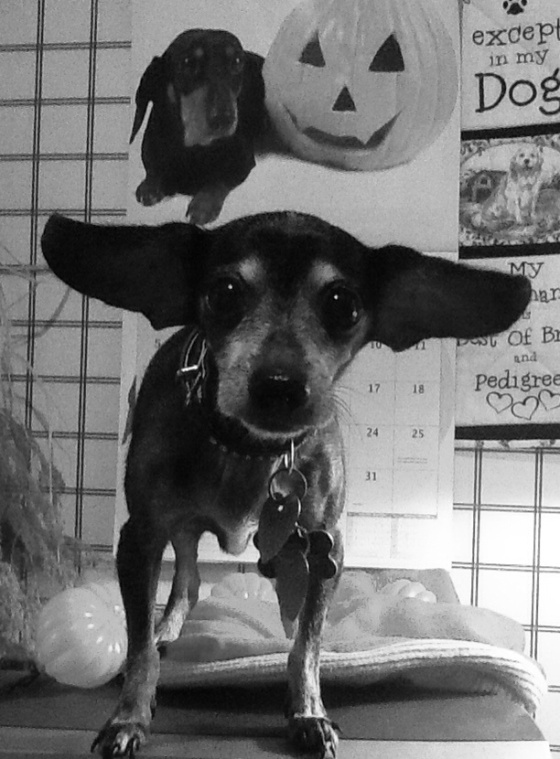 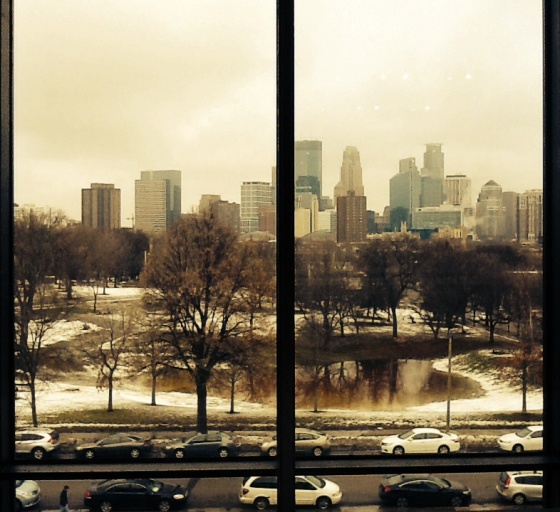 I stand for a while analyzing my reflection in the gloom before me.

There it is, so much of life rolled out like a tired gray carpet.

A few stains are noticeable, along with a small tear here and there.

“No worse for wear,” I mumble to myself.

In the distance, six buildings proudly stand where I’ve worked at one point or another in this time line of a life.

I notice two blocks away, the old senior high rise is still around. I’d often stay there in Grandma’s tiny apartment as a child. She’d spoil me rotten with a fresh candy bowl of chocolate kisses upon each arrival.

And lots of real ones, too, as we’d play in the big park before me.

One block north on the corner, I see the brick apartment building remains where I was treated to the best shrimp omelette I’ve ever eaten on my second date with my late husband.

Thirty years later I can still taste that first warm bite. And the smell of the shrimp sautéing in sweet butter still lingers, too.

Suddenly I find myself smiling again.

I look down at the vacant cars before me.

I’ve pondered some about moving out east, or maybe west.

But perhaps I will stay parked here a little longer.

It is home after all. 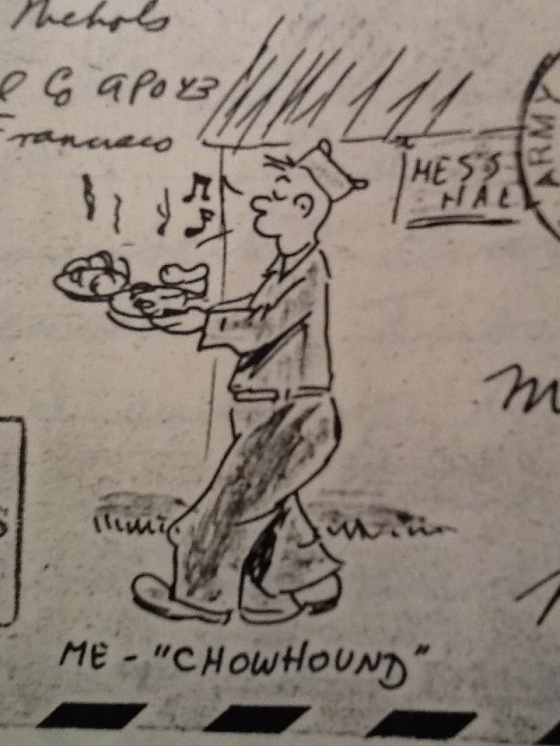 My sister and I divided up the ‘to do’ list when we lost our Dad to Alzheimer’s.

She contacted the church and the florist.

I wrote the eulogy and called the newspaper.

After placing an order for the obituary, I made a second call to the city desk.

Dad had been heavily involved in the community over the years. My sister thought the paper might want to do a separate short write up about his passing.

I quickly received a call back from a reporter, but his initial question caught me off guard.

“So did your father serve in WWII?”

The reporter went on to explain that those soldiers who fought in WWII are dying off at a record pace. He and the rest of the staff were concerned that their great stories would be lost forever.

According to the National WWII Museum, we’re now losing veterans of the ‘big one’ at a rate of 1 every 3 minutes.

I went on to have several more conversations with the reporter about Dad’s time in the army. I provided him with several letters and cartoons that Dad sent home to Minnesota during his years in the South Pacific.

Though Dad was very proud of his community service, I know he would have been even more honored to have his stories of military service preserved for future generations.

If you happen to see any veterans today, please share your thanks for their selfless acts.

If you encounter any WWII vets, maybe give them an extra handshake.

Consider asking them to share their own stories of service with you, before they’re gone.

As what a tragic loss that would be.

So I’ve learned something else about packing for a move to a new house.

Never ever refer to your possessions as “treasures.”

Because here’s what happens.

You’ll stop ‘moving’, for one.

And two, you’ll soon be picking up every little gem, holding it up to the light just to see how it shines.

I learned that many years ago helping Grandma Esther go through her old agates and Life magazines in that musty magical storage shed.

Every last gem in there was a treasure for sure.

As for me, I don’t have a storage shed.

But I do have a basement.

And my nephew’s even deemed it magical.

If you enter my yellowing submarine, you’ll find yourself lost below ground for hours.

In fact today I snorkeled down there, finding new treasure trove which caused me to float off course.

This morning’s special diamond was an old family picture of Big Dog (a.k.a brother Scott) and Little Dog (a.k.a Buffy). They were a very bonded pair.
https://quiltofmissingmemories.wordpress.com/2013/08/21/big-dog-little-dog/

I’d never seen the birthday shot of the two ‘dogs’ before.

Likely it swam my direction in a box, as we did last minute clean up on Mom’s and Dad’s house before it sold.

I noticed Little Dog looks old and very gray in the picture.

The shot was likely taken shortly before she passed.

Yet Little Dog had a great and long run, far exceeding our expectations.

In contrast, Big Dog looks young and vibrant in the picture.

Though he passed shortly after the photo was taken as well.

I’m very happy I made my detour today, finally coming up for air up with my picture in hand.

It really is quite a treasure.

And I already have a special spot in mind in my new home, right on top of the fireplace mantle.

I know the light there will continue to shine on this bonded dog pack for many years to come.

Is it just another Hallmark holiday?

I’ve heard the annual laments about feeling lonely on Valentine’s Day if your not in a romantic relationship.

But my whining’s been redirected to the overly inflated importance of the red rose.

“What do ‘ya mean you’re out of the red ones, and the yellow are 75 bucks delivered?”

I used to hear that question repeatedly from male shoppers every Valentine’s week as I’d try to convince them that a perky pink azalea was a better choice for both price and longevity.

I was working in a busy, local florist shop at the time.

Eventually I’d wear each shopper down and they’d go ahead and order the plant. But they were never happy.

A decade later my late husband Richard joined in the fun and placed an order to send me red roses for our first Valentine’s Day.

We’d met just a month earlier and he was disappointed that he was going to be away on business for the holiday.

When the big day arrived, I received a Victorian lace trimmed card in the mail along with a phone call and a question.

But Richard seemed to hint of something more showing up in my apartment lobby.

Though a week later, with Richard still away, one of his co-workers called me.

“Please don’t tell him, but the florist has been calling after repeated attempts to deliver at the wrong address. It was supposed to be a big surprise.”

I told her to tell the florist to just send them to my office. And the weary bouquet was finally delivered.

These days I still tend to avoid red roses.

I prefer to keep my holiday rituals simple, by mailing cards and candy hearts to those I love.

But this year I’ll also be admiring old Valentines of those no longer with me, but who remain forever in my heart.

Maybe that’s what the holiday’s all about.

I am five years old again,
In awe of all sights I see.
With flickering lights,
And gingerbread sweet,
I eat each slice before me.

Quilt of Missing Memories
Create a free website or blog at WordPress.com.